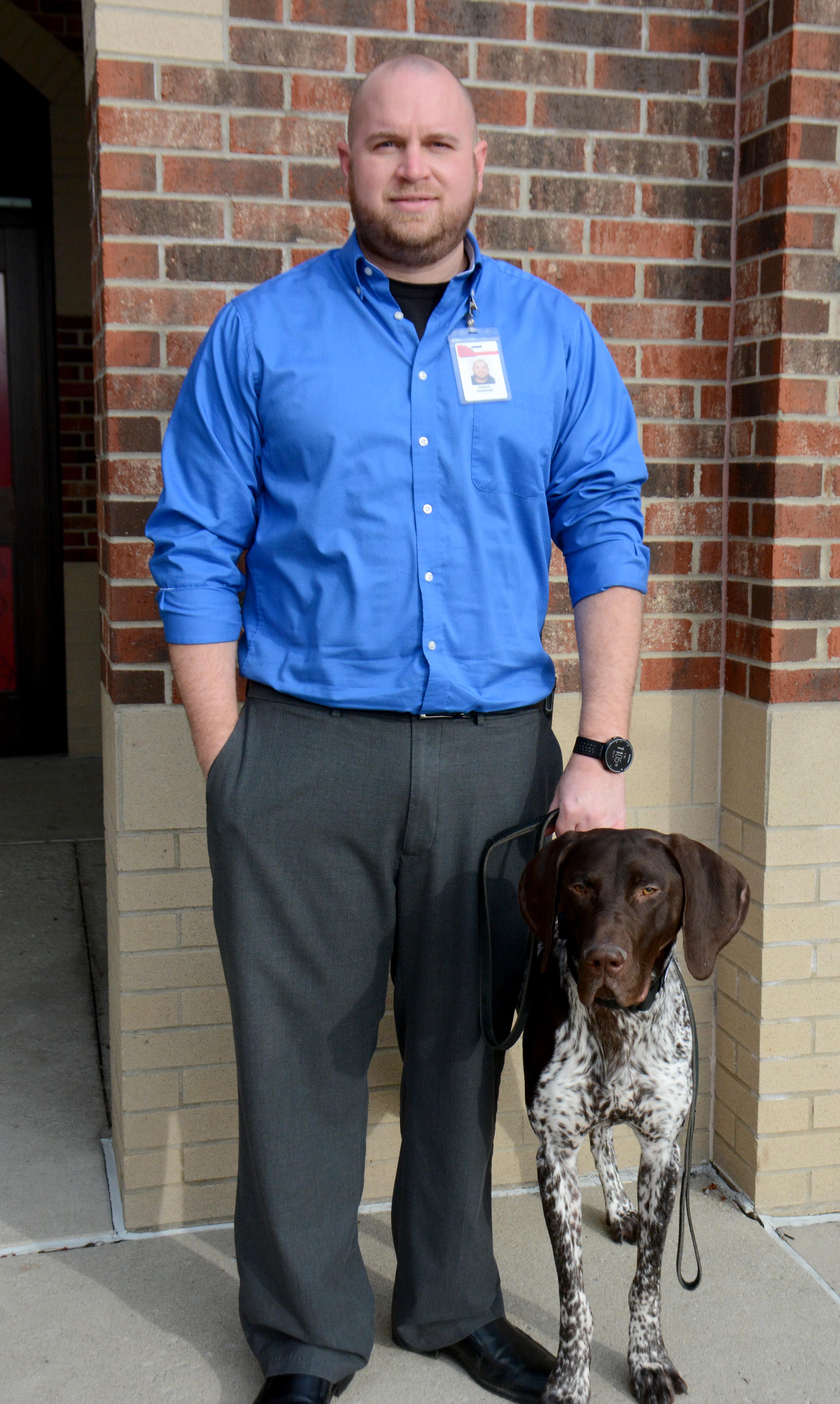 After high school, he spent four years in the U.S. Navy. He graduated from the Rhodes State Police Academy and went to work at the Delphos Police Department. In 2010, Officer Garlock joined the Lima Police Department as a patrolman and member of the SWAT Team. He remained there until coming to the school district. He received the Lima Allen County Safe Community School Safety Award in 2017

K9 Eddie is the newest member of our K9 team. The 1-year-old German Short-Haired Pointer will soon be headed to the Von der haus Gill Police K-9 Academy, where he will be trained in explosive detection and tracking.