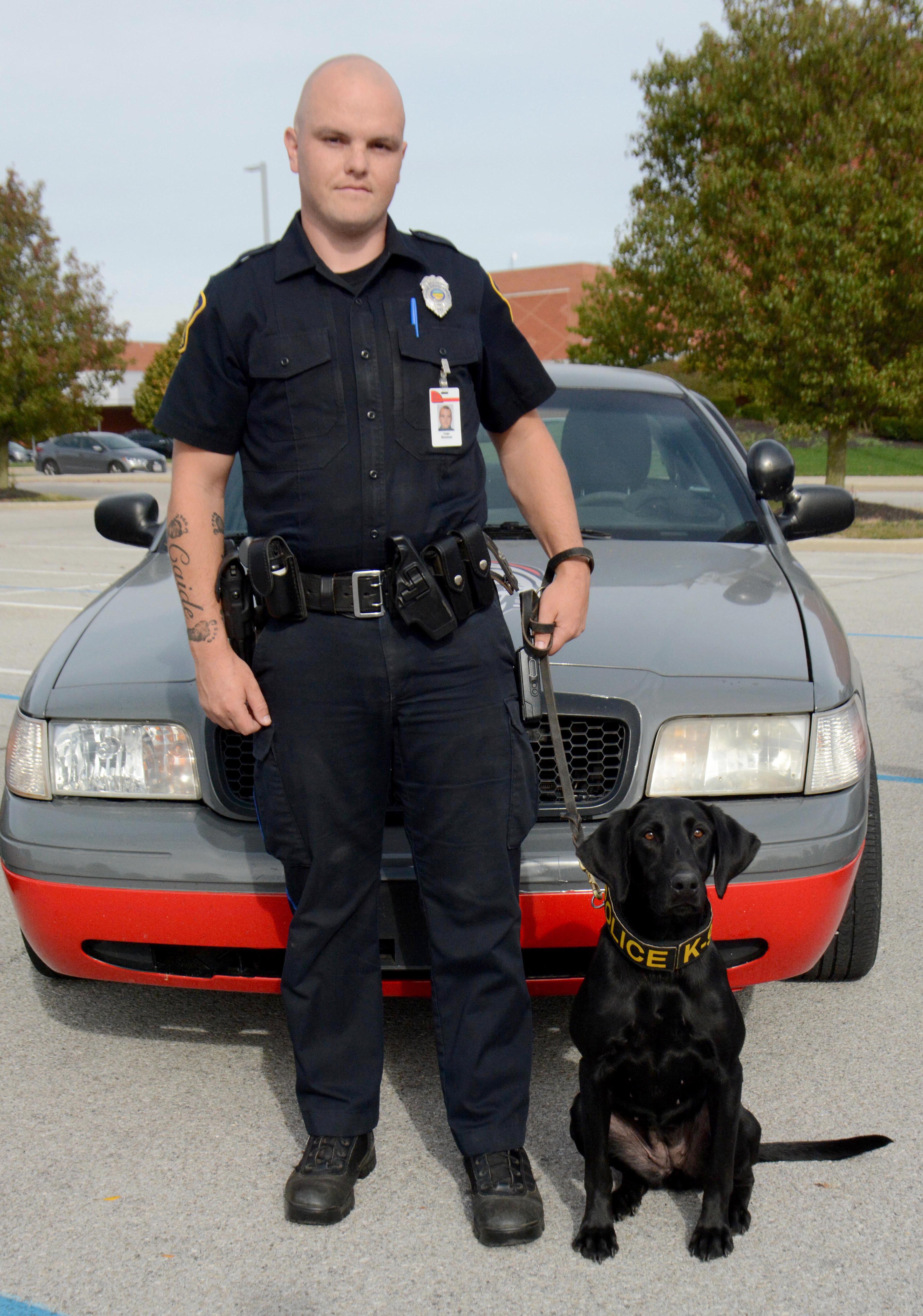 Officer Hennon has been in the Lima City Schools since 2015. After high school, he started in the criminal justice program at Rhodes State College and graduated from its Police Academy in 2013. He is a trained K9 handler.

K9 Emmy is a 1-year old Black Lab. She is trained in Narcotics and Firearms Detection. She is a graduate of the Von der haus Gill Police K-9 Academy. Emmy loves spending time with students.