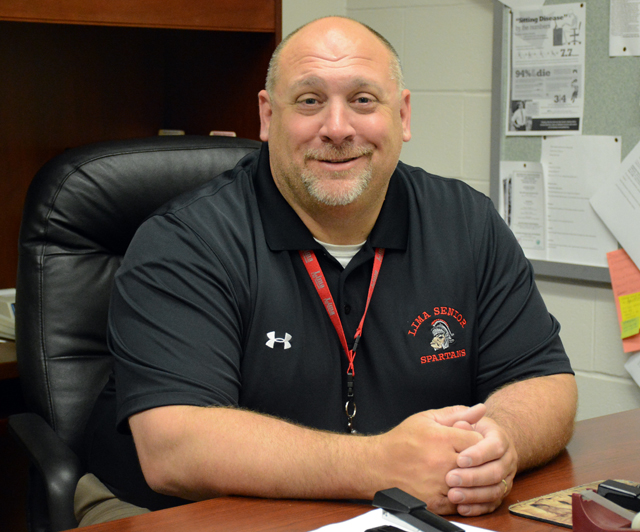 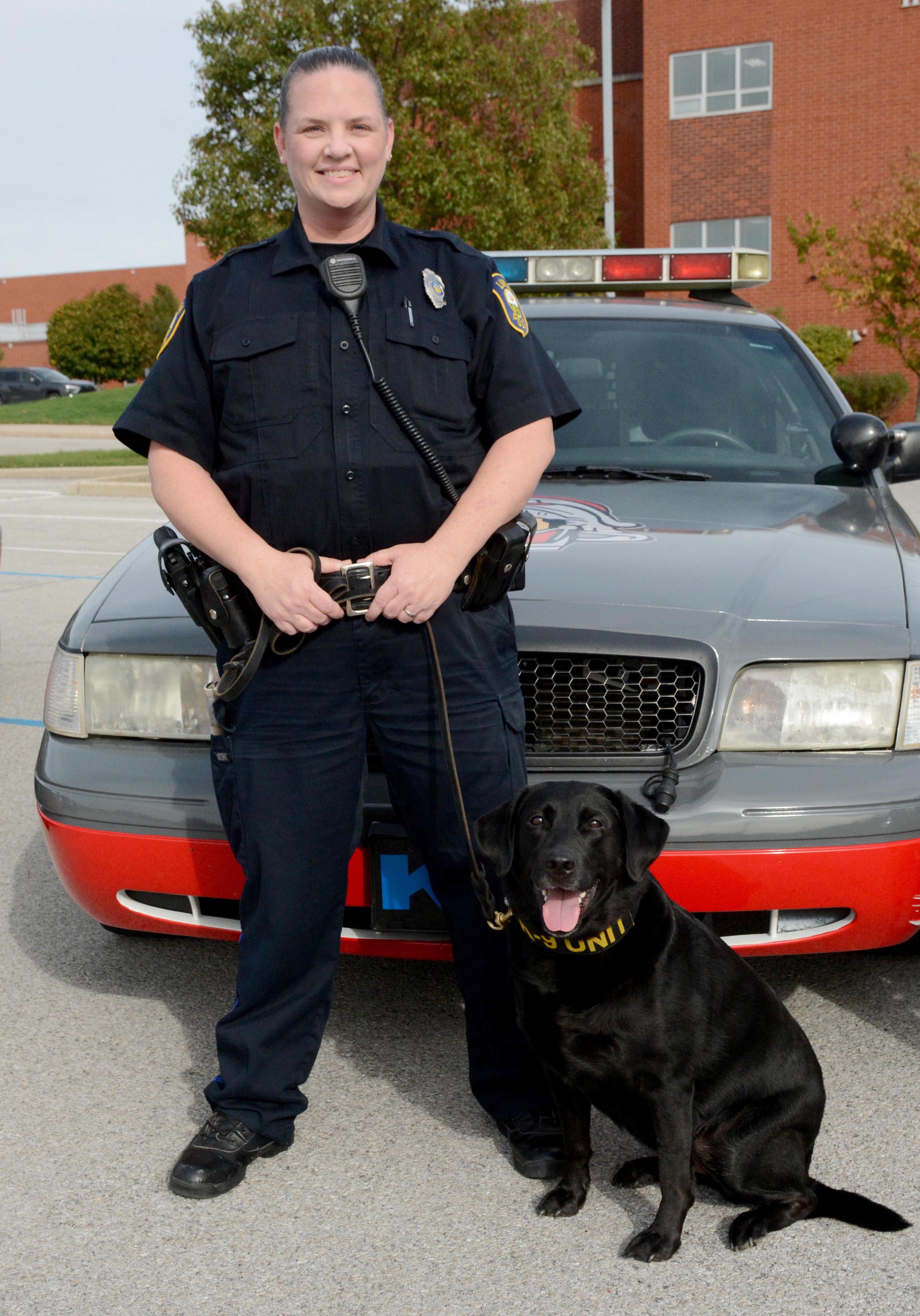 Officer Leugers has been with the Lima City Schools for six years. She currently serves both Freedom Elementary School and West Middle School. She has 17 years of law enforcement work, 14 of those with the St. Rita’s Medical Center Police Department.

She graduated from Rhodes State College Police Academy and enjoys boxing in her spare time. She has been a K9 handler for three years. Officer Leugers is a recipient of the Allen County Children Services Friends of Children Award. She and Scarlet received the Lima Allen County Safe Community School Safety award in 2019

K9 Scarlet is a 3-year-old Black Lab that has been with us for three years. She is a graduate of the Von der haus Gill Police K-9 Academy. She loves to come to school and on days off, sits at the door barking to leave. 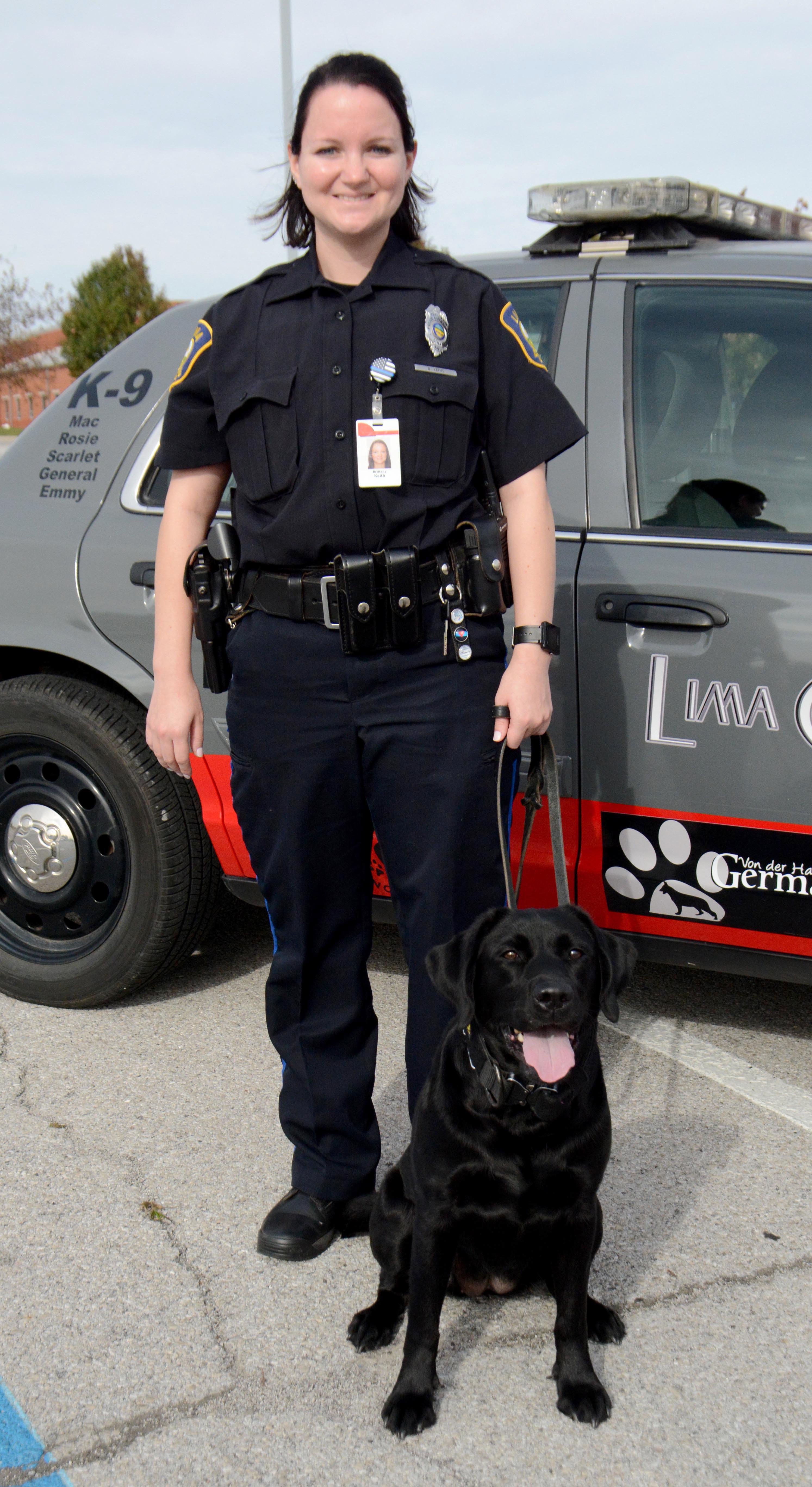 She began her training with the Lima Police Department in 2016 and started as a School Resource Officer at Unity Elementary School the 2016-17 school year. She started also working at West Middle School in the 2019-20 school year.

K9 Rosie is an energetic 3-year-old Black Labrador, who started with the Lima City Schools in 2018. She was born in Michigan and graduated from Von der haus Gill Police K-9 Academy in 2018.